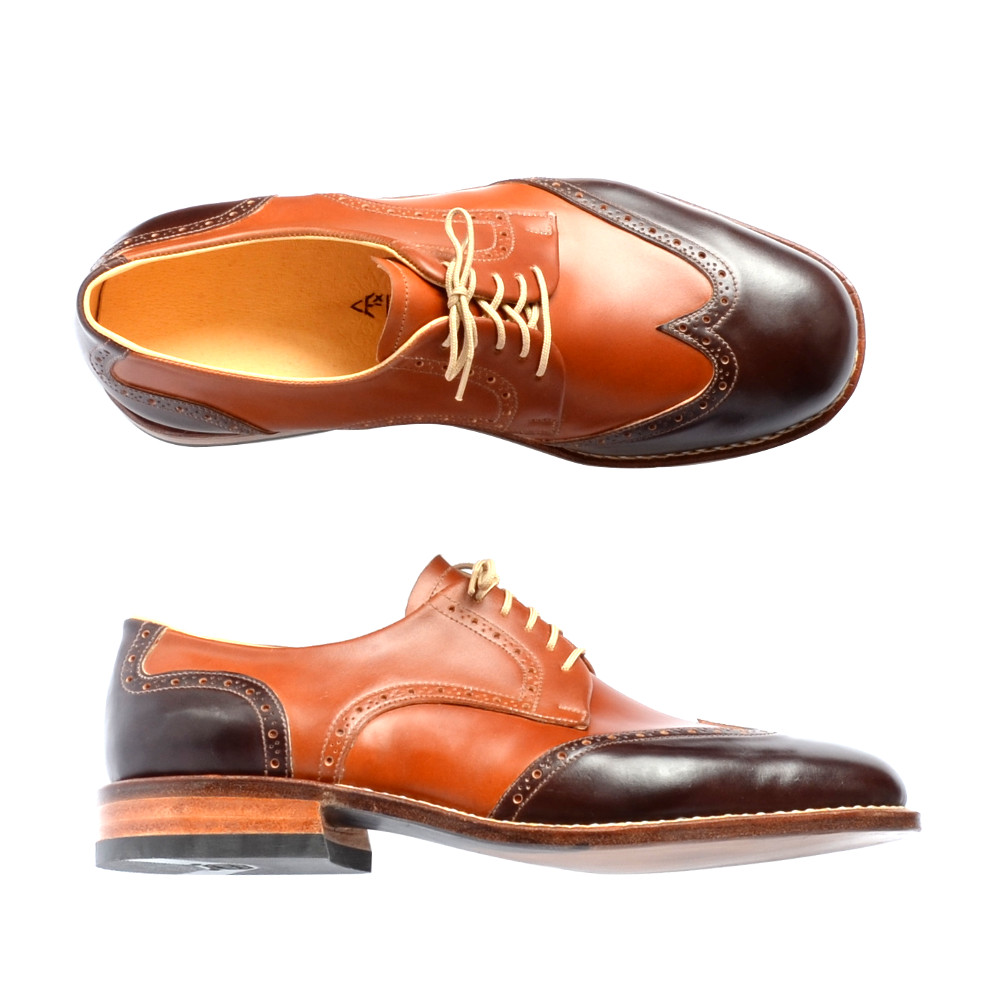 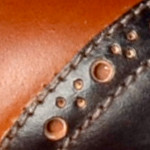 The uppers feature quite a bit of broguing. Broguing is often done with a tool that has a combination of punches at fixed distances for consistent hole spacing. Brogue punches have one big hole punch and two or four little hole punches on either side. If you punch it freehand with individual large and small hole punches as I did, you can make whatever combination you want.

I made assembled this pair using welted construction and hand stitched the welt to the leather outsole. The upper is vegetable tanned shell cordovan.